It’s taken years, but the most requested feature is only centimeters away!

For the last week or so I’ve been hacking out the Suite support in Arquillian Core. I believe I’ve come to a fairly non intrusive solution: https://github.com/aslakknutsen/arquillian-core/tree/arq_suite

Essentially it consist of 4 changes/additions:

The Suite annotations takes a value of String[] and some form of ResolveStrategy:

Simple enough it attempts to load the Suite.value String[] as fully qualified Classes via the ClassResolverStrategies ClassLoader and does a new resolve from the top of he found class. Each loaded Class will be a Child of the @Suite annotated class.

Package resolver uses the ShrinkWrap URLPackageScanner to scan for certain classes and match them against the given expression. The @Suite.value expression is as follow:

Since the resolved classes go through the same chain as the initiating class we support nested Suites with Children on any level.

A new level has been introduced in the SuiteEvent hierarchy: Suite -> SubSuite -> Class -> Test

Along with that comes two new Lifecycle events as well; BeforeSubSuite and AfterSubSuite

The SubSuite scope is a bit different then the previous scopes as they are applied chained up to the parent level per event. So assuming the we’re running the Test Child2TestClass from the example above; Both SubSuiteScope(MySuite) and SubSuiteScope(MySubSuite) will be active during execution.

During BeforeSubSuite event the current TestClass will go through a similar process as BeforeClass, firing GenerateDeployment and DeployManagedDeployments events causing a DeploymentScenario being added to the current SubSuiteScope based on the given Suite class.

The Suite class does not currently support Lifecycle methods or Test methods, but basic metadata will be read, e.g. @Deployment definitions.

What works with Suite

Drone seems to run fine out of the box, no modifications needed.

Graphene seems to run fine out of the box, no modifications needed.

Works mostly out of the box given the Suite class where the Deployment is defined has a @WarpTest annotation.

But Warp does not play nice with other TestClasses that want to run incontainer. With a single Deployment/single TestClass setup Warp had complete control and could assume that ‘anything’ being called against the given Deployment had intentions of going via the WarpFilters, but with a Suite that is no longer the case. Meaning Mixed Run mode with Warp is broken. See https://issues.jboss.org/browse/ARQ-1935

In general, any extension that only reads metadata from the TestClass runtime and does not effect the packaging process based on that metadata should run fine with the Suite. Extensions that do read metadata from the TestClasses to either effect the packaging processes with config data or to activate it self might require some update to support the new suite.

As part of https://issues.jboss.org/browse/ARQ-472 we should add some Metadata querying to the TestClass and apply the query to all children of the given class. That would allow an extension to find all fields/methods with given annotations across the whole Suite.

Please take it for a spin;

Forgot to add, there is an assumption in the JBossAS7/WildFly adapters that when a Deployment happens there is a Class scope, that has for mostly been true so far, tho not by design. To workaround that you can use the following temp extension fix:

Personally, I think if you’re using @Suite, you should not have value and instead have packageRegex/classRegex to define the resolution, or define different annotations for each.

I’m assuming that this will automatically package any test dependencies in suite as long as annotated.

One thing that’s not clear (and similar issue with the existing suite extension) is if the suite class should contain any test methods, or can it, or if other tests need to reference it.

How would I run from the CLI if I wanted to only run one test.

One thing that’s not clear (and similar issue with the existing suite extension) is if the suite class should contain any test methods, or can it, or if other tests need to reference it.

Currently no Test or Before/After is executed on the Suite class. It’s essentially just a redirected Deployment Scenario definition that is reusable across multiple Test Classes.

How would I run from the CLI if I wanted to only run one test.

Similar to how you would run a normal JUnit suite; either define include/exclude filters in Surefire or using the ‘test’ option. That’s one of the down sides described here; Arquillian Core Suite/SubSuite: How to define the Suite

I came across an issue while playing around with a simple test-suite using @ Suite and @ BelongsTo annotations. It ends up in an java.lang.IllegalArgumentException: No active SubSuiteScoped Context to bind to.

What kind of SubSuiteScoped Context is expected here? Any help appreciated.

Not tested much by using both strategies at once. Wondering if you might end up in some kinda wired loop here since the Child Strategy point to a Scanner strategy.

Try removing the @Suite and @RunWith on the AllTests class, then run GreeterTest as a normal test. The Junit Runner should figure out that multiple ‘Children’(GreeterTest) belong to the same ‘Suite’(AllTests) and run them ordered.

I am still trying to get my tests up and running. After eliminating @ Run and @ Suite I am running into a NullPointerException while starting up my test:

There is no further caused by issue in the stack trace.

Using Arquillian Chameleon instead of the WildFly adapter directly should handle this as well (same as referred to as arquillian-container-proxy); 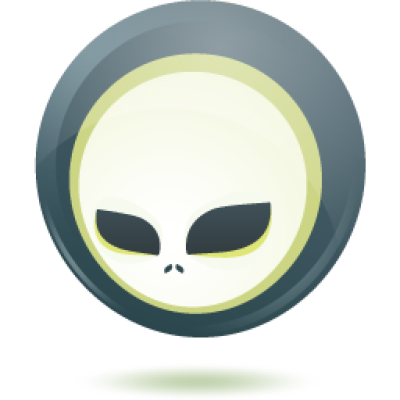 I already tested against several containers using arquillian chameleon. Every time it ended up in the same error (NullPointerException) which occurs ways before the actual tests get started.

Maybe I will set up a new environment and give this whole thing a fresh start in the next days. Do I still have to rely on your repo or is it sufficient to use 1.2.0.Alpha1 of https://github.com/arquillian/arquillian-core?

This looks like something we desperately need because we have flaky tests caused by problems un-/re-deploying parts (contained wars) of a rather a big ear with our smoke tests in combination qith Arquillian Sputnik and Spock. The biggest part of the ear is always the same though, so it would be nice to just deploy it once.

For one years the feature has been centimeters away. We use Arquillian Core 1.11.1. Can we expect this one to be included into the product anytime soon?

Is there any intention to release this? Or is this project abandoned?

Sure there is, Arquillian is alive like never before. It’s just not a trivial change and requires careful refactoring.

We will keep this post active with the updates on this feature.

I see that there’s no development on the branch initiated by @aslak since 2 years ago and no sign of it in 1.2.0.Alpha1 as announced it would happen since 1st of January 2016. Is there anything scheduled? An approximation of when this will be integrated in the main branch?

Safe to assume this died on the vine?